Airbus SE fighting for a place under the sun 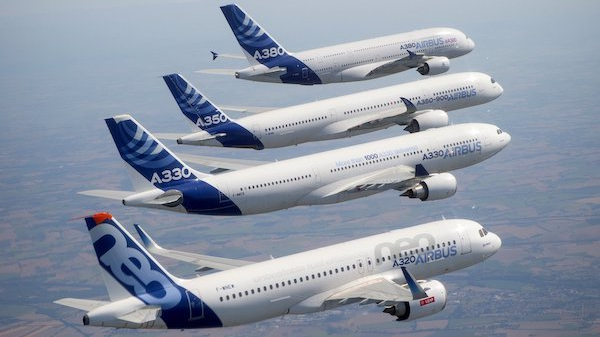 Guillaume Fori, which is the General Director of one of the largest and most popular airlines in the world - Airbus SE said that the aviakontserna began the struggle for survival in the approaching crisis of the world of aviation industry for a pandemic COVID-19 and a full stop tourism.

He believes that the difficulties encountered during the quarantine, only worse. As the assistance from the European Union allocated to the aviation sector could significantly increase the development and the development of new technologies and to mitigate the effects of the crisis.

Politics of the Airbus in 2020-2021 years includes a reduction in the production more than 40 percent, however, the procedure will take place in the customers ' approval. In April and may 2020 was met only 20 percent of the set plan. In April, the company was able to supply 14 aircraft instead of the 75. That situation was more than obvious, by the end of the year, Airbus plans to produce 40 aircraft best-selling A320 series in a month, but at the end of 2019, the parties discussed the production increase from 60 to 63 aircraft.

The next step is connected with the staff, as the company plans to reduce staff. The General Director of Airbus indicates that the company's staff includes about 90 thousand people. The number of employees whom plan to reduce - not yet known as the final decision on personnel changes will be made in late July after negotiations with the Union representatives of the concern. According to the newspaper die Welt, the work can lose about 12-15 thousand of staff.

Guillaume Fori argues that the restoration of pre-crisis production volumes will take about five years. However, analysts believe that demand for single-aisle Airliners will be significantly higher than on larger planes. That is why the management expects to gradually increase production of A320 aircraft in the years 2022-2023.

Many economic experts believe that once the situation stabiliziruemost, civil aviation will be deprived of two of the biggest Airliners, the Airbus A380 and Boeing 747-400. For example, the German carrier Lufthansa has already rejected part of these models because of lower demand.

Another consequence of the pandemic coronavirus was a decline in the number of flights. The resumption of international flights will lead to a reduction in the number of passengers on the flight by one third and increase in the cost of tickets by 50 percent.