Stock markets in Asia traded in the negative 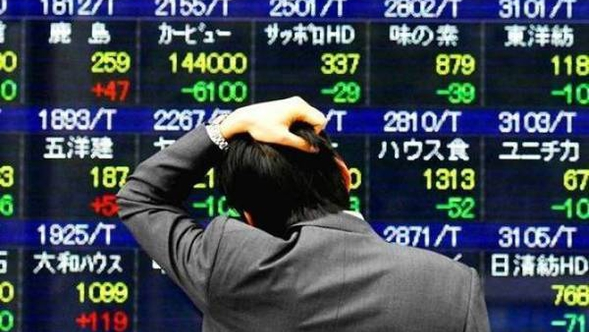 Stock markets in Asia (Asia-Pacific) closed trading in the red due to concerns the restoration of trade-economic conflict between Washington and Beijing. The reason for this was information on increase of tariffs on Chinese goods as a measure to attract Beijing to liability for failure to inform the global community about the appearance of coronavirus infection COVID-19. U.S. Secretary of state Michael Pompeo talked about the fact that Washington has some evidence to suggest that the coronavirus began to spread around the world from a lab in Wuhan, China.

All the fears associated with the increased tensions between the US and China contribute to a further decline in oil prices, leading to a further drop in the share price of Chinese oil companies: the price of PetroChina securities traded in Hong Kong fell by 9%, Cnooc Ltd. - 6.9%, Sinopec - 8.4%. But the price of Westpac Banking climbed on Monday by 3%, despite the weak statements for the first financial half.

The largest Bank in Australia and New Zealand Westpac said the decline in net profit for the six-month period ended March 31, at 62% compared to the same period last year to 1.19 billion Australian dollars (759,84 million USD). The Bank increased its allocations to reserves for possible loan losses to 5.8 billion Australian dollars, of which $ 1.6 billion are directly related to the impact of the pandemic coronavirus. In addition, Westpac announced that it was postponing the payment of dividends over the past finalpage.

In addition, on Monday was released statistics pointed to a slowdown in inflation in South Korea and Indonesia. In accordance with the official data, the growth rate of consumer prices in South Korea in April 2020 has slowed to 0.1% in annual terms compared with 1% in the previous month. The decline in inflation in April to the lowest level since October last year the government blames a drop in consumer demand amid measures introduced to limit the spread of coronavirus. In Indonesia, inflation in April slowed to 2.67% - the lowest since March 2019, compared with 2.96 per cent in March.