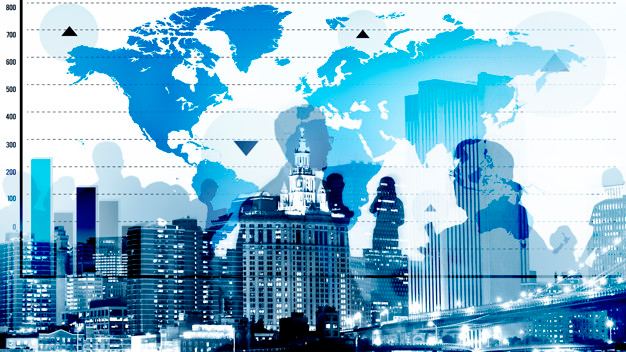 Last week was one of the worst in the history of the exchange after the global financial crisis of 2008: stocks fell to record levels with a minus sign, and reached four-month lows and yields on government bonds reached the lowest level. At the same time, in terms of territorial spread of the coronavirus, oil prices will continue to decline. After the Governor of California stated that monitors the status of 8400 people to see if they have signs of coronavirus after their trips to Asia, investors have become even more worried.

If you look at the indicators, since last Friday the index fell more than 10%. The index, reflecting the situation on the world stock market ( Morgan Stanley Capital International World Index, or MSCI) fell, reaching its lowest level since last October, while the European Stoxx Europe 600 also decreased so that it must be corrected. The benchmark S&P 500 index fell 4.4 percent, closing at the lowest elevations for the day.

As said the chief financial economist at us Bank MUFG Union Bank Chris Rupke, - “the stock market and bonds suggests that we are doomed. Anyone who has a clear idea of what lies ahead, let us know, because right now the economy is going straight down.”

To clarify the state of the global economy more clearly, you need to pay attention to what is happening in the largest and most stable global markets:

But not all that bad, while the price of high-end assets down to such traditional trading instruments like gold and the Japanese yen are in the black. At the end of the week the Japanese yen strengthened against the background of falling 10-year U.S. and Australian government bonds, which broke a new negative record. Oil is becoming cheaper, while the British pound gained lost and regained profits after the UK warned the EU that could leave future negotiations, if there is no compromise around the shopping transaction.