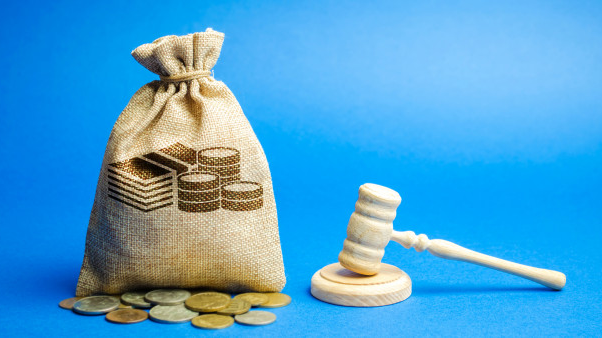 The last auction of the Ministry of Finance was quite successful, given the fact that the unknown player in the auction bought almost the entire volume of government bonds maturing in 2025. To identify the new owner of the bond has failed. Experts believe that the purchaser is a citizen of Russia, as the purchase of bonds had no impact on the ruble.

We remind you that the auction of the Ministry of Finance on placement of OFZ took place on 22 January 2020 and became one of the most sensational events in the financial world. No less interesting is the fact that when you sold a nominal amount of 58.4 billion rubles, the buyer filed 58 billion rubles on OFZ-26229 maturing in November 2025, and decided to stay incognito.

Analysts of ROSBANK Eugene Vertiporoh and Yury Tulinov say - “it was the biggest single satisfied a request that we can remember”. The application was closed at a discount of 2 b.p. to the secondary market, yield on cut-off price of 5.97% per annum.

From comments abstained analysts at investment Bank Maxim Korovin and Igor Rapkin. - “as far as we know, is the largest of its successful applications in the history of the auctions of Federal loan bonds with fixed coupon”. This scale placed OFZ was the largest since may 2019, as the Ministry sold OFZ bonds on 85 billion roubles: in addition to bought by an unknown player of the issue was placed OFZ-52002 maturing in February 2028 at 27 billion rubles.

“Despite relatively low demand for nominal editions on the secondary market (excluding short securities), yesterday at the auction on placement of six-year OFZ-26229 (November 2025), the demand amounted to 98.8 billion rubles, and the Ministry of Finance placed OFZ 58 billion RUB without premium to the secondary market. Apparently, this volume was purchased by one market participant,” say analysts of the savings Bank.

In June of 2019, it became known that the Ministry of Finance adopted the decision to issue of OFZ-26229 450 billion rubles From the time already been seven auctions, but none of them, not including the past, paper more than 20 billion rubles have been issued.

Eugene Earnest, who is managing “the alpha-the Capital” says that after the January auction, the Finance Ministry remains the possibility to place additional OFZ-26229 approximately 265 billion rubles. Despite the fact that demand at the auction amounted to 98.8 billion rubles, but the decision was made to respond to only the three most expensive application to 58.4 billion rubles, among which was the request to 58 billion rubles, continues Gornist.

Vice-President of the Department of bonds of Alfa-Bank Sergey Osmace indicates that the Ministry of Finance receives a consolidated list of applications from which you can't see who is the buyer, reported in a press-service of the Ministry. Managing Director for corporate and sovereign ratings "Expert RA" Pavel Mitrofanov says - "the application of such a volume can afford only large funds-non-residents", but no one can understand who and why buy such a large amount.