World oil demand will take longer to recover next year 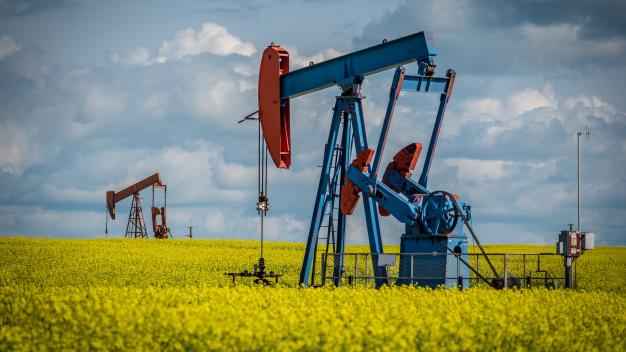 Global oil demand will recover more slowly than expected next year, even with the introduction of the COVID-19 vaccine After "unprecedented and historic turbulence" in 2020, mostly due to damage to jet fuel consumption from the pandemic, the International Energy Agency said Tuesday.

The IEA, which advises Western governments on energy policy, expects global oil demand to reach 5.7 million barrels a day in 2021, down 170,000 barrels a day from last month's forecast, mainly because it lowered its estimate for jet fuel demand next year.

"In 2020, we are seeing unprecedented and historic turbulence in energy markets. Pandemic disruption has severely impacted the health and well-being of millions of people," the IEA said in its December report on the oil market.

"Oil demand remains weak in the short term," the report said. China accounted for a significant improvement in energy consumption in the second half of 2020, but the outlook in other countries is less encouraging.

"The picture in OECD countries is bleak: during the same period, demand will be 5.3 million bpd lower than a year ago. Indeed, Europe appears to be going backwards, and demand in 4Q20 is lower than in 3Q20, as reblocks are taking their toll," the agency said in a statement.

The IEA expects oil demand to fall by 8.8 million barrels a day this year, roughly in line with its November forecast of an 8.85 million-barrel-a-day decline.

The price of oil, which hit a historic low in the spring when the pandemic halted virtually all global transportation, consumer and industrial activity, has since more than doubled to about $50 a barrel, largely due to the introduction of a series of COVID-19 vaccines.

But even with a number of successful vaccines to protect the public, energy demand will not recover anytime soon, especially given the resurgence of the virus in major economies such as the United States, Germany, Britain and Canada.

"The understandable euphoria around the start of vaccination programs partly explains the higher prices, but it will be several more months before we reach a critical mass of vaccinated, economically active people and thus see an impact on oil demand," the agency said. "At the same time, the year-end vacation season is coming soon, with the risk of another spike in Covid-19 cases and the possibility of even more isolation measures," it added.

On the supply side, the Organization of the Petroleum Exporting Countries and their partners have only agreed to a gradual increase in crude production to prevent another prolonged drop in oil prices.

However, the IEA does not believe demand will significantly exceed supply and deplete the global stockpile of unused fuel until much later in 2021.